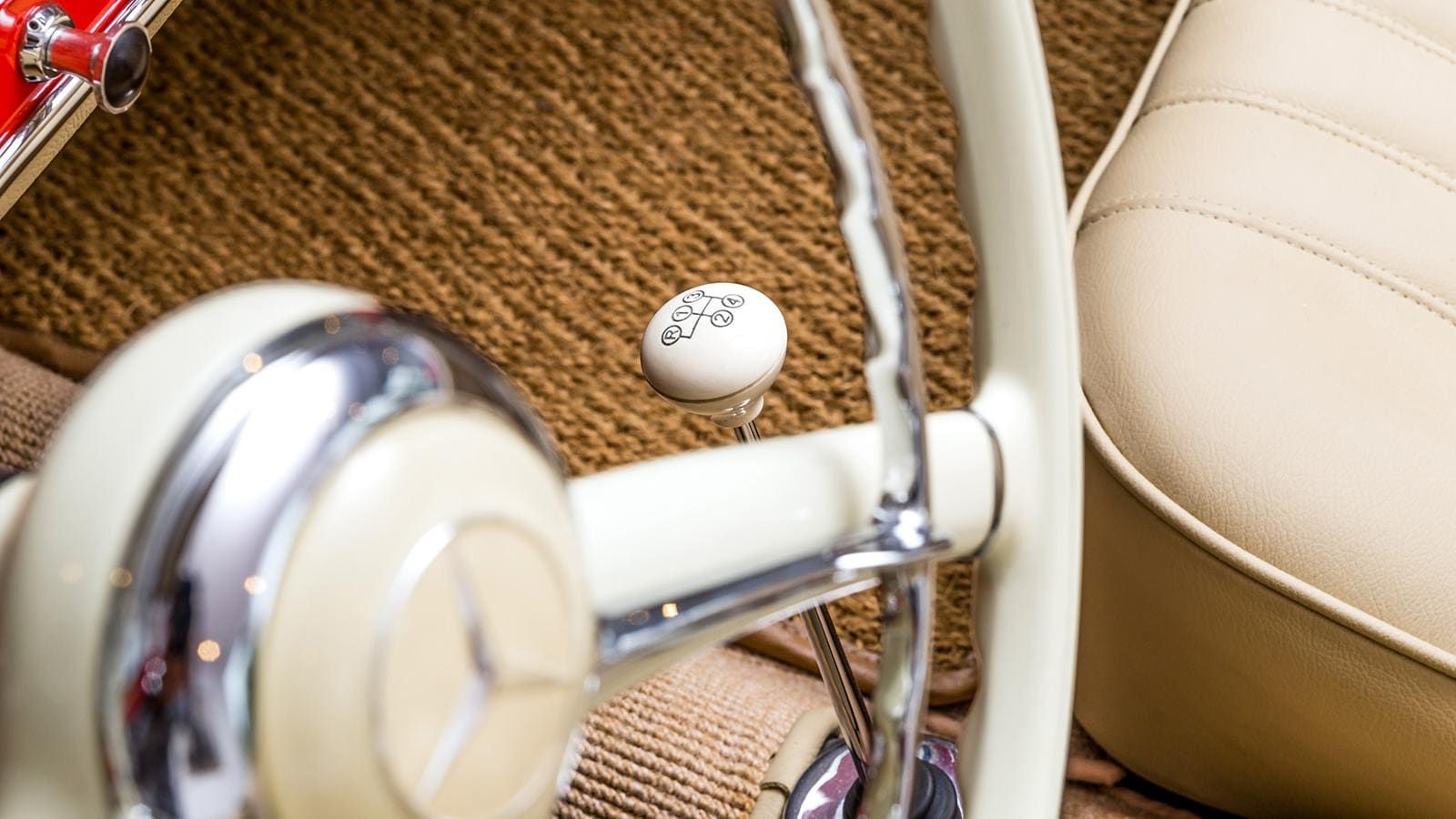 How to become a happy 190SL-owner

The 190SL is one of the eternal top ten most popular German classics. This car has seen a decent price increase over the last 20 years. It seems to become more and more difficult to find a solid car. Often and gladly discussed: Is a bargain still a bargain in the end? Better known as: How to get the most car for little money? Is that even possible (yet)?

There is no clear answer for this, the vehicles are in too many different conditions. But you can get closer if you ask yourself the right questions.

Actually, the question should be: How to become a happy 190 SL-owner?

Two ingredients seem essential for the happiness: a suitable vehicle and a workshop that knows something about its craft.

The editor-in-chief of Motor Klassik, Hans-Jörg Götzl, once wrote in the foreword that readers should look for a workshop near them that specializes in the car they want to buy. Because without a workshop, you won’t have much fun with your dream car in the long run. Some people are good mechanics, but safety-relevant repairs in particular should be carried out by a master mechanic for your own safety.

How can I recognize the right vehicle for me?

How can I recognize a good workshop?

This is very individual, which we also experience every day in our workshop. You have to ask yourself what kind of usage behavior you want to display. Are you an absolute originality junkie who prefers to look at the car rather than drive it? Or is the driving pleasure in the foreground and one plans now already in the spirit which tours one would like to make with the beautiful Cabriolet. This is where the areas of appearance, originality and technology come into play.

The purchase of a classic car as a restoration object should be well considered, as the high price of spare parts can quickly exceed the actual price budget. Beforehand, a detailed cost breakdown should be made as accurately as possible.

In the case of a Mercedes 190 SL, the following should be noted first:

In the following, we would like to elaborate on a few points:

Even if the 190 SL was built without major changes at first glance, there are certain details that indicate a particular year of manufacture.  For example, in the early years there were the sun visors made of celluloid, then they were leathered. The license plate lights have changed from left and right next to the license plate, integrated in the horns. The very early SL still came out of production without gill moldings. Also the seating changed from bucket seats of the early SL then to the normal seats with folding backrest. Here only some changes enumerated, the allegedly last body change at the 190SL: from 31.08.1960 the trunk lid handle was changed. One should deal with this a little before buying, so that one buys if possible a vehicle, which is consistent in itself. Take an expert or appraiser with you. This pays off. We look at vehicles with many customers or they come to us with potential vehicles before they buy to have them appraised by us.

And here we come to the second question:

How can I recognize a good workshop for my 190SL? 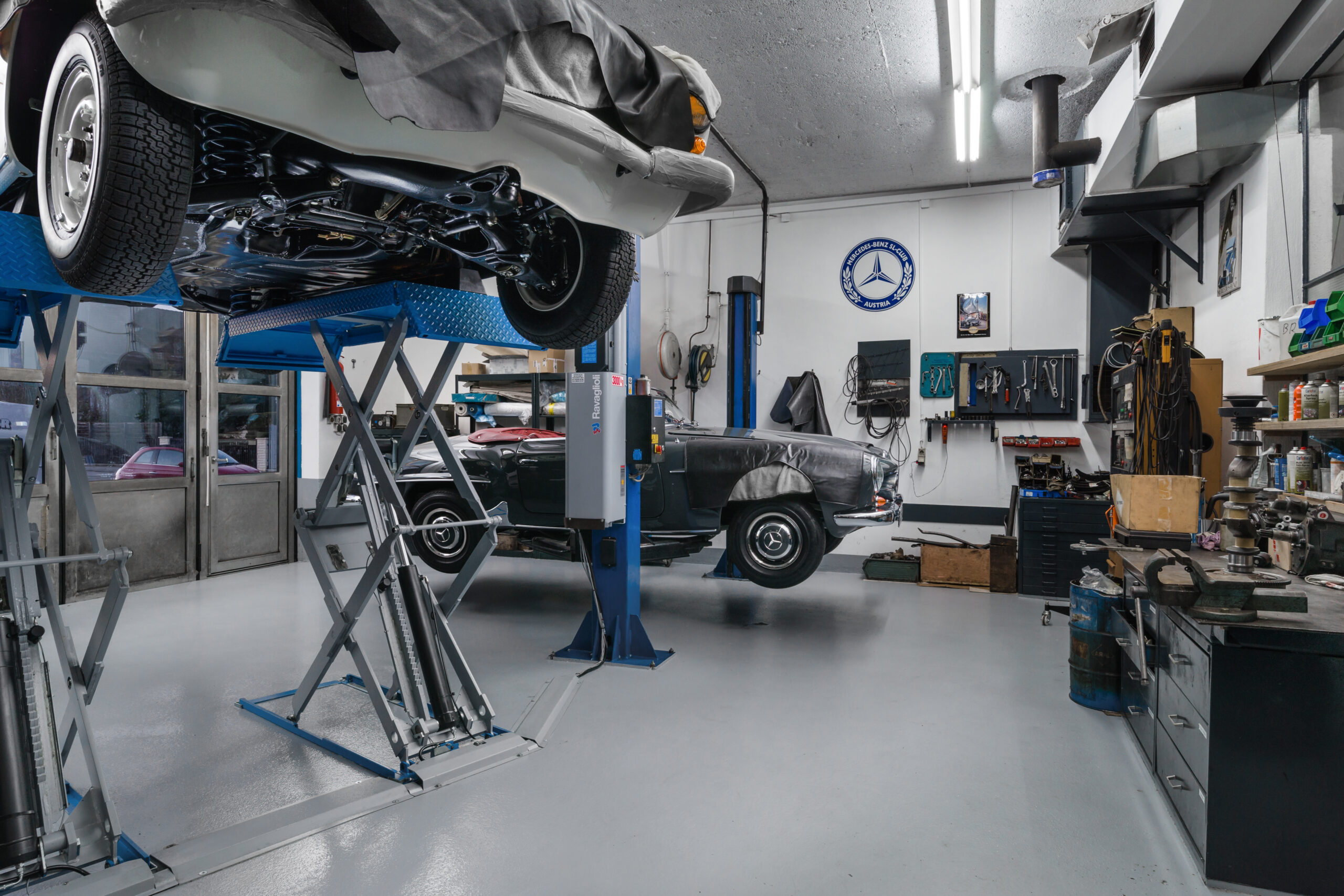 You can consider yourself more than lucky if you have found a workshop around the corner that is familiar with W121 technology. Many owners have to travel several kilometers to get the necessary support for their sweetheart. It would be desirable to have a workshop that often and regularly has these cars in care. Who does something regularly and often, knows the peculiarities of the technology and all the weak points of the 190 SL. Ideally, you will also see some 190SLs on site at the first appointment or have reference projects shown to you. The feeling and the sympathy should be right, as the workshop is to be seen as a partner and companion. Simple things such as filling in the correct engine oil when changing the oil, 20W50 on a mineral oil basis, should be clear. A good workshop takes care of the vehicle and looks at it more closely at the first appointment in order to discuss the current condition with you and, if necessary, to make recommendations as to what is sensible for its maintenance. The vehicle is driven to the brake test stand and the brake values are checked. The vehicle is lifted on the lift and the underside is examined more closely. Such things should be considered as standard, because they help both parties to get a feeling for the SL.

The weak points at a glance: 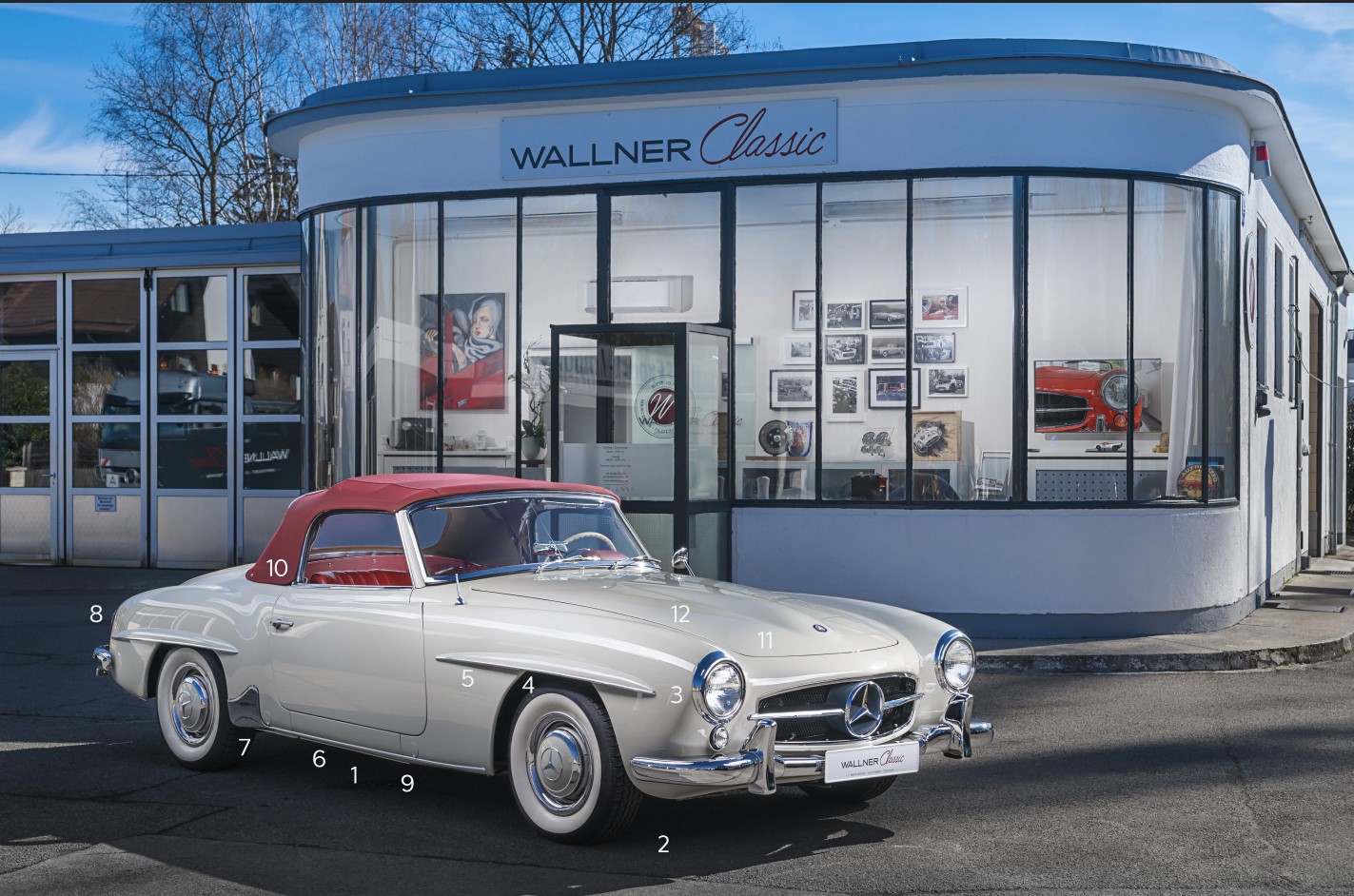